The Catholic Pope States the Evident. It's about time.

My prayers to Cpl Nathan Cirillo, his family, and those who loved him.  What a rotten and horrid crime they have suffered.

And thanks to the man who put down the animal who murdered Cpl Cirillo:

Sergeant-at-Arms Kevin Vickers is being praised by politicians for 'selflessly keeping them safe' following today's terrifying shooting spree, with unconfirmed reports he was the one who took the suspect down.

Veteran Mr Vickers undoubtedly saved lives by bravely taking down the alleged shooter, putting his own safety at risk in doing so. 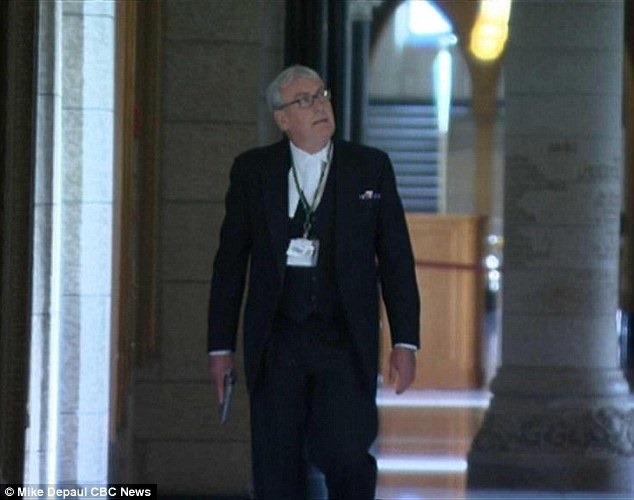 An ugly, ugly situation. "And yet one remarkable feature I personally witnessed [snip] ...is the absence of any acknowledgement by the political and media elite that we lost the Iraq war."

The CDC Loses Its Grip I found the best comment on the intertube here, and here it is:

So accept for argument’s sake that chartered federal agencies are executing political policy instead of, and often at odds with their chartered goals.  Fine.  It is worth it to discern the political goals, and specifically, the mid-range goals from the actions.  Obama "…cannot bring himself to put limits on contacts between Americans and the citizens of the countries…” and this fragment stands on its own.  What limit on contact are we allowed to maintain, other than being driven apart from allies?

If there is a principle which informs this administration’s well-evidenced goal of erasing America’s "limits to contact”, that is, our borders and our security (as well as health) protocols, it can hardly be beyond the pale to make educated guesses about the name of that principle.

If that principle, once named, can be shown to militate against the continued Constitutional functioning of the federal bureaucracy, isn’t there a case to be made?  Why does nobody force the question: How are your actions Constitutional if this_____ is your apparent goal?  If that is not your goal, then what is the purpose behind these ___, ___, and ___ actions?  How are those actions within the mandate of these ___ agencies?

Why have we seen six years of Darrell Issa’s oversight theater and not one single result?  I’m done waiting for someday.  Their ammo makes great fireworks, but nothing is ever fired for effect.  Some on the committee are very impressive, and constitute the core of whom I consider worth a darn in DC.  But despite some great TV moments, there has been no effect other than a few cosmetic resignations.  Lois Lerner was replaced by a sturdier character who is just as implacably opposed to oversight and the rule of law.  Every once in a while some morsel is torn free.  For this we needed six years of supposedly rigorous oversight?

There’s the possibility that oversight pressure played in Holder’s resignation.  but that is a fact not in evidence, and I have a backpack full of such hopes and promises.  At the end of the march, they always turn out to be rocks.

As long as we do not force the question, then the easily predictable collapses of existing orders and therefore "necessary” implementation of new programs and systems is allowed to masquerade as a merely unfortunate series of events, rather than a diabolical plan hatched by Communists.  So sorry that ObamaCare thing didn’t work out, and now there are no insurance companies.  Well, on to single payer then.

It is not as though these people have been quiet or even reluctant to publish their aims, their methods, and their phase lines.  Why does our party generate no effective challenge to this treason by name?  What good is such gentility when it buys us tyranny?  Are we so enamored of good manners that we would rather die politely than live forcefully?

Shall this society continue?  Shall it perish from the earth?  To be, or not to be?

If we are not now at the point where these are the questions before us, when would that be?

Yeah, about that "savings"... I'll just leave this here: