Everything hangs on Tuesday! Remember kids, vote Democrat or the polar bears will die or some shit.

Also, we need cap'n trade or nobody will ever get a job again... EVER.  This election is about that three letter word, j-o-b-s.  Jobs.  We need cap'n trade or we won't be a global leader in the new "Green" economy.  We want to emulate, er, I dunno, Communist fucking China?  Yes, we do.

After all, Ronald Reagan hated children, so a vote for the children is a vote against Ronald Reagan, as well as jelly beans (which he liked).  A vote for Democrats is a vote to ban jellybeans, and protect most live-born children who survive their abortion.  Mostly.

And always remember after Clinton we had a surplus, (and Evil Bush, Darth Cheney, Halliburton, blood for oil, and poor poor Saddam Hussein).  That Saddam was a big-time environmentalist, by the way (and why do you have your finger up your ass?).  Gross.  That's why Darth Cheney shot Saddam in the face.  With a dead Iraqi baby.

1 I voted conservative because I fucking like jelly beans. And Darth Cheney, because he is a zombie now.

2 For shame, LC!  Every time you vote for jellybeans G-d kills a polar bear.  The abortions are our fault, but everybody knows that's different.  Right?

I do hope you're saving a bit of energy for the fireworks this coming tuesday... these Rethuglicans are trying to abolish Social Security so poor old Grandma can only afford Alpo.

Speaker Pelosi agrees with Bite-me that the "progressives" will keep the house.

Dear Gaia. I love you! Our love is like Joanie and Chachi, Gaia.
-O Chachi, Chachi, wherefore art thou Chachi?-the botnet (pretending to be Joanie pretending to be the botnet asking about Gaia using the pseudonym "Chachi")
Anyhoo... Gaia, remember our visit to "Mount" Everest last winter? 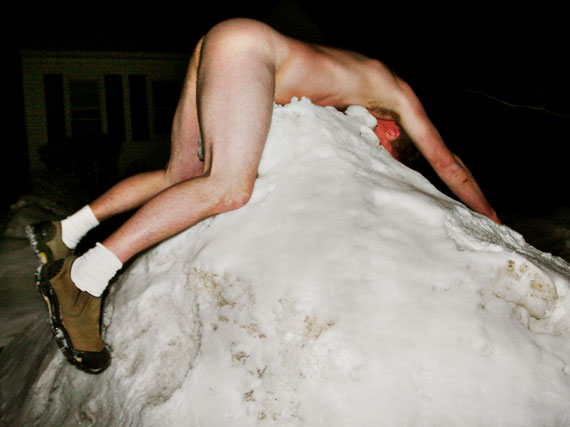 I love you, Gaia.  And I love the gentle Polar Bear

1 Is he wearing Lands' End shoes??

2 Whoah! that polar bear is SCARY

Hey, Wisconsin... Why do you hate Polar Bears? Dear Wisconsin;
Please vote for that communist douchebag Russ "SuperLawyer" Feingold, or the polar bears will all die. Why will the Polar Bears die, you ask?  Because Russ Feingold is all that stands betwixt the sun and the earth.  He's important, see?  And he's a maverick!

It really doesn't matter what that slimy fuck Russ Feingold does between now and his search for a "shovel-ready job", since touchdown dances for the good guys have already started.  Here's mine: 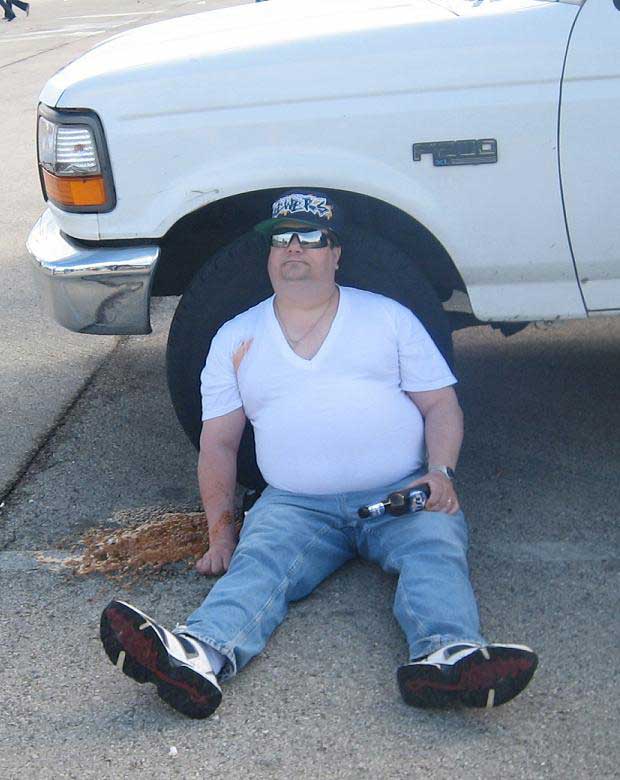 1 Ok, the "betwixt the sun and the earth" had me rolling.

I'm not accustomed to gauging the credibility of a St. Norb's / NPR poll, but seems a little suspect... Johnson has something like 8 points in Rasmussen, and for the contemptible Feingold to make up that much ground with only 6% undecideds remaining seems like horseshit to me!

As for election night, are you stocked with plenty of merry-making foods and spirits? Because I am

4 Watching results come in (across the time zones) will be like New Year's Eve and Independence Day fireworks all in one!
I won't piddle with champagne or anything, and if I touch Whiskey I'll reach the "happy place" a bit too quickly and miss all the fun as results come in.  Instead I'll be drinking either Spaten (Octoberfest) or St. Pauli (Dark).  And who needs food with gut-busting bier!/?

I wonder what a connoisseur of fine libation such as yourself has in mind for indulgence on our pending holiday... something sweet yet potent?

Of course, I may get to damn fed up with mixing anything and just settle for Guinness or Newcastle Brown Ale.

If I could take it through an IV I would, too


"Public records show that Pacur Inc. and Dynamic Drinkware LLC, two companies run by Johnson, employ up to nine inmates at a time through a state Corrections Department jobs program.

Johnson's companies offer private health insurance to the regular employees at the Oshkosh factories. But Melissa Roberts, an executive assistant with the Corrections Department, said the companies don't have to cover the inmate worke rs. "The benefit is that they don't have to pay health benefits," she said."

What a bunch of horseshit.
more...

1 WHEEEEEEEEE!!! Found your blog, and will add you to our blogroll

Oh, and Feingold is dead in the water, from what I can see.

I've enjoyed your bloggity for a while... just not when Mrs. botnet is in the room if you know what I mean.

The WI Senatorial race is pretty exciting as the libs are going full-on fruit-loops, throwing shitwads this way and that.  Election day won't be here quite soon enough, but it is interesting to see the commies squirm!

Thanks for droppin' by!

3 In my defense, it is the owner of the blog, ArmedGeek, who takes the time to put such eye-candy at the blog. I am but a humble co-blogger who specializes in hot air