This is where we are as a nation. We are running at our credit card limit, and we are only offering to cut a sliver of our overspending. 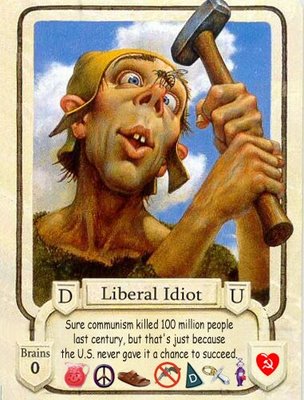 Here's a real gem from "Osh54901", some leftist commenting at the Crapwestern..

"I do believe that I read somewhere that Governor Doyle left the State of Wisconsin with a budget surplus, but the new Governor Walker decided to give the money to the large corporations."
Maybe you believe it, and maybe you believe in the great pumpkin as well. And I'd love to read the source, since anybody who believes such claptrap enough to publish it is clearly either writing satire or huffing gasoline. Where does somebody find such unadulterated horseshit.
The Onion isn't news, Osh54901.

If anybody making these ignorant and false claims cares enough to inform themselves, they might take a moment to read Politifact's take on the issue,

Wisconsin Commies in a Poo-Flinging Fit 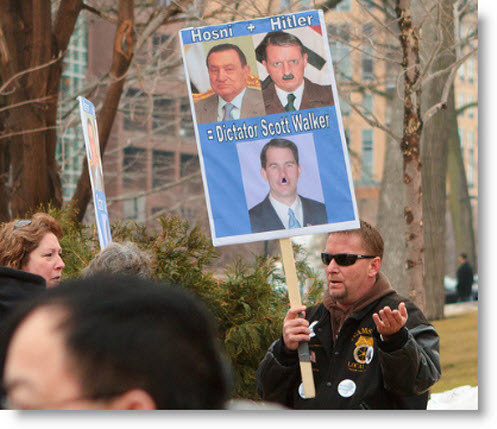 Wisconsin has been a pretty crazy place the past three weeks, and I'm not even sure at this point how to narrow down to something pithy on the spectacle... there's just so much.
Thankfully everybody I know in the meat world has been on the right page regarding the public sector union bullshit so I haven't had to tell anybody to fuck off or anything like that.  Recent polls might indicate otherwise, but anecdotally I can testify there isn't a hell of a lot of sympathy for the whining fatasses in the teacher's union from those I've bumped into.  As a matter-of-fact, Mrs. botnet works for a PEU, and despite her agnostic political tilt she's been in Governor Walker's corner throughout the entire Budget Repair Bill debacle.

I don't intend to write a book, but I have a couple thoughts on the state of events here in the Land of Cheese and Beer.
more...