Communists like trains This past Saturday, Sloshkosh witnessed the largest collection of commies since Russ Feingold held his "Vote Early, Vote Often" rally at the Osh University campus. The caring, enlightened and smrt people of Oshkosh got together in jaw-dropping numbers. For a wonderful organization usually assembled over fair-trade coffee sniveling about "blood for oil", "Chimpy McBushitler", "evil "teabaggers"", or some other shit, this assembly was larger than Algore's mighty chakra.
-This Saturday, the protest du jour was in favor of miracle trains, and the true believers were out in full cohort. Almost twenty were on hand, worshiping at the altar of eco-sensibility before driving home alone... Almost TWENTY! 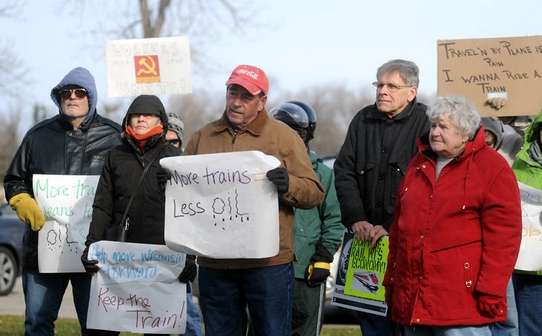 But hey, Mussolini made the trains run on time, right?


That's right, boys and girls, the Wisconsin "High-Speed" Rail project, funded with ostensibly "free" federal cash (to the tune of $810 million printed and borrowed), is the darling of Gaia's Chosen People, the secular humanist neo-marxo-communist left.

How many gentle Polar Bears will the train project save?

By itself? Fucking none, unless you count the environmental impact of businesses that will never come to be due to the ease of transporting silk-stocking lawyers between Madison and Milwaukee to fuck with the private sector.
--If you include the waste of cash, legal interference, and general frustration this project will make possible for latte libs to inflict on Wisconsin business, then this thing is a fucking MUST.

"Listen up, Foo -- the botnet wants to MARRY this train!"

Yes, the latte leftist lawyers ride BMWs or slum in the chartered Learjet high above the great unwashed as of now, but think of how much more effective the business killers could be with Wi-Fi on a "high-speed" (but not so high-speed) choo-choo! Think of the billable hours, man! Do it for the children!

Scott Walker plans to kill the project, and in so doing will kill more Poley Bears than butterfly wings in India. 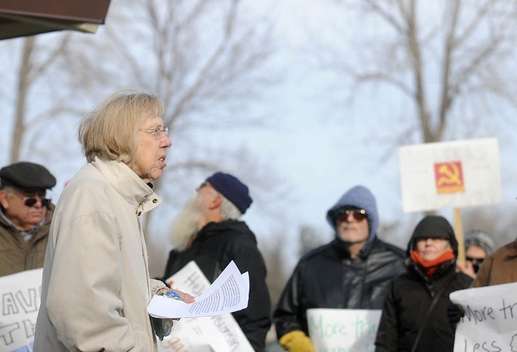 And please bear in mind, communism is great, and we need more lawyers, and money doesn't mean a thing, and Darth Cheney, and Polar Bears.

1 Wow man, you are guilty of thoughtcrimes.

Every time I turn on the TV I hear "all the evidence is in, all the leading experts agree" that Americans are too free and our cars and suv's are causing global warming, now conveniently called climate change since it is cold right on schedule this year.

And the people riding the trains will need people to pick them up on both ends.  So if it will be snowing here in Wisconsin and the people take SUV's and need to sit in their SUV's and itle their engines and run their heaters to stay warm waiting for their people to arrive.

Well the government always runs things efficiently and the train will be on time and I doubt they will ever have to sit and idle for about the time it takes to drive from Madison / Milwaukee.

It's for the children / planet / polar bears / obama man.  Quit your hate'n.

)waiting for them i

2 What is it with liberals and fucking trains???

You know what will happen. They'll build it, and the elitists will keep their cars and jets anyway, eventually passing tight enough legislation that people will be forced to ride it or pay a tax for each mile they drive.

The elitists will be exempt from this by virtue of how important their commute to the big city is.

A very interesting day indeed... The liberal establishment is about to receive a richly-deserved curbstomp at the boots of We The People.  While the botnet typically does not endorse binge-drinking, Timothy P. Carney at the Examiner recommends a drinking game so that you may celebrate the screeching of the lib media in the comfort of your own home.

Despite the fact we have much heavy lifting to do in order to save this Union, we have indeed taken the first step.  Let us celebrate the awakening of proud free people, and let us stomp a mud hole in their asses.

Drink and be merry, for soon the investigations begin!!!!  Pray for Rep. Darrell Issa, and may he facecock each and every one of the corrupt bastards!

But like you said, it is only the first step. And it will be tough to climb that emmeffer.